V- We are Different Reflections of a Single Flame. 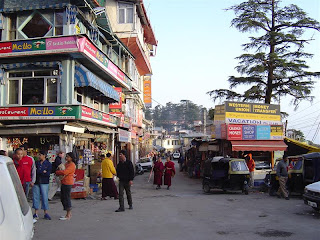 " THE NAME IS BOND.. JAMES BOND."  The unforgettable line in which James Bond delivers his introduction prepares the viewer  to expect a big disruption to the  set order of things.
As a kid, i was always enamored with the style and flair of how James Bond easily gets the villain,  saves the world  and more  importantly... gets the girl...:)
One day it finally happened. I was in Mcleodganj near Dharamshala in a restaurant called MC.LLO  having a drink  with a friend. Our wives were shopping. The place was frequented by many hollywood stars as Mcleodganj  is  the seat of the Dalai Lama. The table next to us was empty. Some time later, a foreign couple came and sat there. At first i did not pay much attention but as i heard the man speaking, i knew i had heard this voice before. I looked at the guy and realised that it was none other than Roger Moore. THE ROGER MOORE. The most famous and successful James Bond ever. I couldn't believe my luck!!!. I was seeing this iconic man in person. He had lost a lot of hair and was wearing  big glasses which made it difficult to recognise him. I leaned towards him and greeted him . He realised that he had been found, shook my hand and gestured me with the other hand to keep it to myself. I excitedly complied. My friend though could not contain his excitement. He   ordered beer, poured  it in four glasses and put two glasses on his table and gestured him for cheers. Roger Moore and I were a bit surprised at the sudden burst of enthusiasm of my friend but before we  could say anything.. his companion lady said "thank you". We all lifted our glasses and had a cheers..it was a really memorable experience. It felt like a dream to finally meet James Bond in person.
Then it happened... my wife woke me up!!!! .... Man.. it was really  a dream.... but it felt so real. The experience of that dream though lingered with me for a long time.. The excitement... the handshake...and the cheers... Everything was clear, distinct, and real.
Coming to Scientific world, i came  across a scientist named   Aspect.. Alain Aspect. He was the James Bond aka Disruptor of the Scientific world. In 1982, he showed the world that at the very very basic level, two atoms are inherently connected. Imagine, two coins, one on Earth,  and the other  on planet pluto... flipping one coin will instantly flip the other one without any delay at all  irrespective of the distances involved. In short, his experiment showed that Time and Space ( distances ) may be illusions after all.
The discovery changed the course of the future for the scientific world...infact it was so incomprehensible, that it came to be known in the scientific circles as THE SPOOKY ACTION AT A DISTANCE. The latest research has only confirmed the spooky connection repeatedly.
Some scientists and readers,  have arrived at the conclusions that our world  may just be a giant Hologram after all . The universe appears to be like a 3D film coming from some single source.


I was trying to make sense of all this and for quite sometime and I couldn't. I mean how can it be a projection or a hologram?


Then one day, while watching a James Bond movie, i remembered my dream of meeting James Bond. I realised that the entire dream that i had of meeting James bond was a projection of my mind in 3D. It was my mind which made James Bond, the restaurent and me... yet while the dream was progressing, i did not know that it was a dream or that  my mind was the creator of everything. Only when i woke up or  exited the dream , did i realise that all was a dream, a figment of my mind.


I was surprised  at the simplicity of all this. I realised that there is no way of knowing whether this reality is a dream or not without exiting from this dream. Exiting from the dream meant being dead. uh-oh.. that was a path i was not keen to take... i searched for an answer again..


That evening, we had to go to Birla mandir..By chance, i stopped at the Buddha temple which was right next to the Birla Mandir.. I saw the murti and i got my answer. The Buddha murti was in a meditative pose with eyes closed.


Somebody had said that meditation was being temporarily dead.. I had got my answer..:)

1.  Article on spooky action at a distance on The Telegraph.
2. Interview of Michael Talbot, author, of the book called The Holographic Universe.
3. Interview by Deepak Chopra: Conciousness and the connection to the Universe.