" The world being a dream and creation of the mind,
can be changed by a powerful thought alone"

" One small insignificant action  can lead to unimaginable implications " 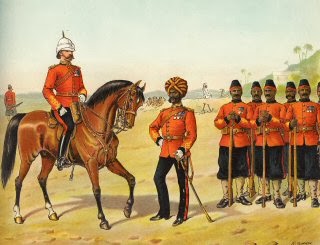 I cannot imagine that I am writing part 2 of my earlier blog posting, Incredible India, so soon. However, things are changing faster in India than anyone can imagine. To me, this is a huge turning point for India  and its citizens and hence this new blog.

Looking at recent history of India, Ever Since India got independence in 1947, the ordinary Indian citizen, went back to old ways of slavish mentality which was taken advantage of by the ruling class. The system and governing policies of the  Englishmen - the old laws, the archaic bureaucracy, non sensical rules  continued and nothing much changed. The infrastructure remained the same. There was hardly any planning and forward thinking in the political establishment. Planning and vision  became a job of the Planning commission, leaving the majority of ruling elite free to keep a control of the populace and make money. 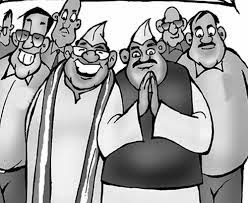 Indian politicians became masters of  how to manipulate the masses by utilising the English formula of ' Divide and rule '.  Caste system was entrenched in India and was effectively utilised by the politicians to keep getting back to power.   When education started spreading,  the ruling elite, in a bid to keep their power, started appeasing the poor man with promise ( now turned into law ) of free \ cheap food. The Business community was kept in check by archaic laws giving discretionary powers to authorities etc which was utilised to check and control business activities for the benefit of certain sections. Corruption became a way of life and  a growing rift developed between the common man and the politicians so much that politics became a dirty word and no educated individual would think of it as an option.

One old man ( Anna Hazare ) became so disllusioned with it, that he had a  magical  vision of a corruption free India. He believed in it with all his heart so much that  he decided to go on a fast until something could be done about it. From this one man's vision, one thing led to another, ultimately giving rise to a new party called ( Aam Admi Party ) who, like political insurgents, decimated the old ways of fighting elections and shocking everyone by winning the state elections in Delhi and  are now in the process of forming government in the state capital of Delhi. This unbelievable win of AAP has reset the minds of the political bigwigs and pundits who are now in the process of digesting and adapting to this new reality.

I am not trying to belittle anyone or give praise to anyone here, but I am purely looking at the unfolding of the butterfly effect here. Anna's fast has shocked the foundations of the political pillars and it is a turning point for India. Some have and some are still to come to terms with this changed reality. If one man's vision can bring such huge changes, just imagine what can be done if we all started envisioning a corruption free and resurgent India...:)

The phrase refers to the idea that a butterfly's wings might create tiny changes in the atmosphere that may ultimately alter the path of a tornado or delay, accelerate or even prevent the occurrence of a tornado in another location. Note that the butterfly does not power or directly create the tornado. The flap of the wings is a part of the initial conditions; one set of conditions leads to a tornado while the other set of conditions doesn't. The flapping wing represents a small change in the initial condition of the system, which causes a chain of events leading to large-scale alterations of events (compare: domino effect). Had the butterfly not flapped its wings, the trajectory of the system might have been vastly different - it's possible that the set of conditions without the butterfly flapping its wings is the set that leads to a tornado.